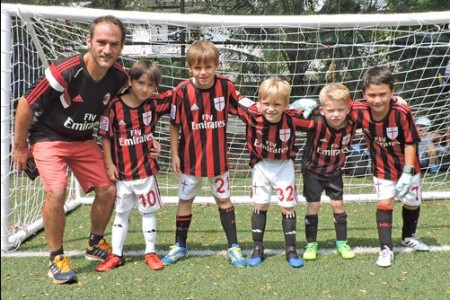 A good start of the game against another tough team in the division. Keeping possession of the ball in the middle of the park, creating chances along the way. At the 5th minute, micah yet again drive down the flank, and delivering a wonderful cross to Willem who position himself outside of the penalty box who gave a solid shot to land it at the back of the net.

The opponent equalise by using the speed to go pass the defense line and score the equaliser. Fatigue kicking in, the opponent scored the second and winning goal against us. A pity a game ended there due to lightning.

Nevertheless, a much better display from the players of U8 white who played as a team.

MOM goes to Finlay, who displayed a solid performance on the defense line. Giving his best to close down on the opponent quick and not letting them take the chances.