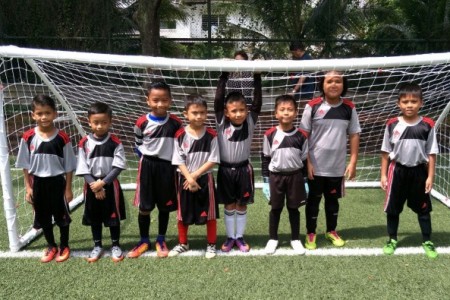 Every player in the team played well. They are still learning to play with and supporting each other despite new to each other. F17 played with their hearts out and never give up despite being at the backfoot most of the time. And credit to them, they still managed to get a goal. Their fighting spirit from the start to the end of the game is something we can learn from them.

MOTM goes to Awal. He always play with a smile and finally got his debut competition goal to cap his hard work.