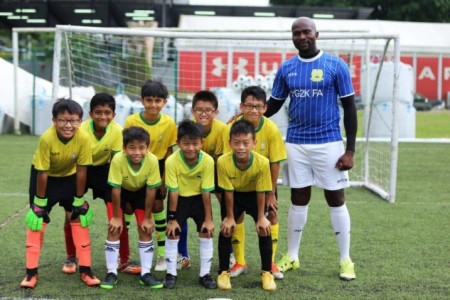 The team played SSC for the first time this season.

Ranen was not well and could not play. But he wanted to give his teammates support and sat with the team at the sideline.
Coach started with Izzy in the middle and Tim / Jonan on the flanks. Muhammad was the head of the spear and Fauzan and Sanjinth forming the backline. Travis was the man between the poles.
Before the supporter settled down, our boys got the first goal real quick. Some exchanges of passes saw Jonan charging down the byline. He spotted Muhamed in a promising position and Muhamed placed it beyond the keeper at the near post to take the lead.
Jonan and Tim continued to run hard on the flanks and stretching SSC’s defense line, allowing Izzy and Muhamed to have more chances but SSC’s keeper and defenders hold the fort well to keep the scoreline.
As the game went on and SSC settled down, SSC started to have a better grip in the midfield and  the pressure was on our defence.
Team SSC’s boys have good physique, speed and skills.
Our defenders, however, did very well. Sanjinth was brave and Fauzan was intelligent in his positioning. Hong Yu , who later came on, made some timely interception as well.
As we were absorbing their attack, a quick counter attack saw Tim break free. He showed great skill and determination and managed to wiggle his way past the defenders before squaring the ball for Muhamed to extend the lead to 2-0.
Travis did very well to dealt with SSC’s shot. When he was finally beaten in one occasion,
the shot bounced off the post to the relief of the YG2K’s supporters.
SSC finally had a breakthrough when their right winger managed to dash down to the byline, Fauzan and Sanjinth attempted to close him down but the winger spotted his teammate at the far post and crossed the ball for a simple tap-in to make the score 1-2.
There were some nervy moments at the end as SSC fought hard for the equaliser but it was jonan who had the best chance when he intercepted a pass and had a clear shot. The keeper made a good save and the final score settled at 2-1 for a close win for our boys.
Final score 2-1. 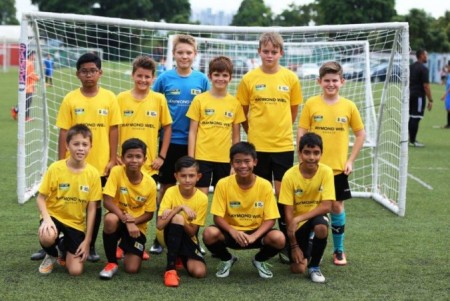 Started the game too complacent, giving them space and freedom to dribble passed our players and take alot of shots. thye lead early with 2-0. Had a 1 min break and everything change, our players become more alert and play with urgency to try get the goals. Some key passes to go forward and individuals dribbling creates alot of chances. We scored at last few mins of the game.

Kudos to opponent for the win.