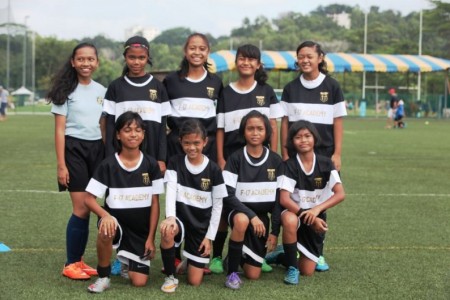 ESPZEN had just played against Serangoon club who took them all the way in a thrilling match, where ESPZEN were below par to say the least. Knowing the F17 outfit we knew the next game would not be easy and it looked to be a thrilling contest between the 2 teams.

ESPZEN had time to re Organise and understand the values of what it is to be a team, which they disregarded in 1st game making it very difficult for the team to come out of the game with a win but satisfaction that we won playing a style of play that ESPZEN promote.

The game started fast usual with both team trying to get themselves in front. Archie hare pace and skill with the ball was causing numerous problems for F17 and in some cases attracted 4 defenders to stop him proceeding up the field. Espzen struggled to recognize the space this left the team and could have had more joy in the game if they worked together to switch play faster.

The game was fast paced but the U9 Espzen team settled the fastest playing some great football and showed signs getting back on track.