The U9 have had a busy two weeks competing in the Aysl League, Champions League festival held at Dulwich College and also in Phuket soccer school international tournament.

The weekend was scheduled for ESPZEN to keep up the heat in regards to pursuing their record in the J league and keeping focused on playing the style of football ESPZEN promotes.  However the perfect weekend was cut short and the ESPZEN players were in a real battle from the 1st whistle.

Serangoon club made the day extremely difficult, putting ESPZEN under pressure forcing the outfit to make numerous mistakes in possession of the ball. Serangoon club were the 1st to settle down in the game picking out great passes in the final 3rd and creating numerous opportunities.

The ESPZEN team looked enthusiastic but lacked real energy when defending, the real side of passion which is needed in the game especially with the quality of the opponents on show.

Serangoon club struck 1st leading from a break down in play where the ESPZEN team were guilty of trying to dribble rather than pass the ball and trust all team mates. They were punished by a fast break away and clever pass which opened the ESPZEN defense.

ESPZEN taking into account their busy schedule, couldn’t use this as an excuse, they needed to dig deep and show why they are a great team. Nathan Mao was quiet in the games as the players looked to him for inspiration, Yuki started to get involved in the game after a slow start and the team started to tic. The players seemed to find this belief to make the score line 1.1. Its was not long before Serangoon hit back with a gain more strength and composure on show compared to the ESPZEN side and made the score 2.1.

ESPZEN had work to do and not long to go, ESPZEN seemed to find the edge and after a thrilling watch as a spectator the ESPZEN team managed to secure a 3.2 victory which was the hardest game they have played since the start of the season.

Overall ESPZEN were very lucky to come away from the game with all 3 points and was very harsh result for the efforts of Serangoon who played tremendously well.

Man Of the match: Nathan – for his decision making and working hard for the team. 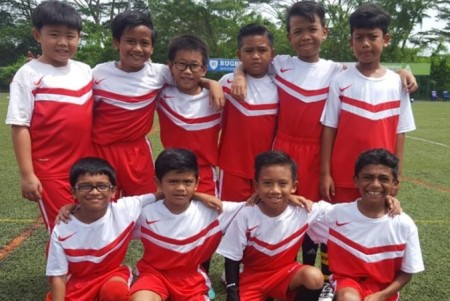