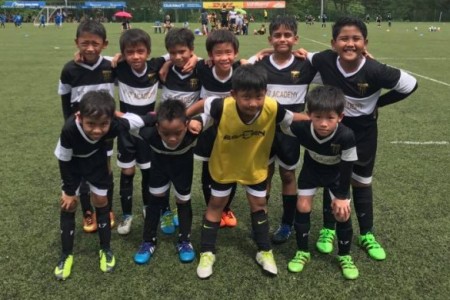 U9 Black team was in for their toughest test yet with the fixtures proving difficult with F17 black and YG2K on the horizon.

With the sun shining it was a perfect seen to see some great football and the teams did not let us down with end to end action and chances for both sides to have taken the initiative in the game.

Espzen have been working on defensive shape and looking to attack quickly. From the out-set the team looked to focus on their shape better, allowing the players to play their own position which allowed the team to build confidence and pass the ball. Something the coach has criticized over the first few weeks of the season, but the team were showing positive signs of settling down and look to pass the ball as a team.

F17 as they always do tried so hard to close down ESPZEN and make it as difficult as possible but they have found a side confident to take risks and use their skill where required and looked to have the edge in the game.

Nathan looked to be dominant at the back and read the game excellently for the team. Yuki and Marcelo looked a constant threat going forward and create numerous chances in 1 vs 1 situations.  The team still guilty of not moving the ball quick enough in the final third and lacked he patience to create obvious chances in overloaded positions.

What was evident throughout the game was the work rate of the ESPZEN side, who had no subs tried so hard to keep putting pressure on the F17 team both in defense and attack.

Dominque Meier volunteered to go as goal keeper and was outstanding for his team, saving some fantastic chances from the F17 strike force. He was confident and allowed the team to play back to him whenever they could.

Overall ESPZEN showed a lot of character to keep going and worked hard to complete a 0.3 victory over the F17 side.