EJ7 had a slow start as they tried to penetrate thru the mid but the F17 defence is tight. F17 players is bigger in built and that is another disadvantages for us . Aiman tried hard to squeeze in the mid but to no avail , at las F17 make a great counter attack and had an early goal . EJ7 Coach tried different approach and had a quick discussion with Aiman and Amir when was sub by Aryo and Joel .

Aryo score from far which was reflect by the F17 defender. Moral booster for the team and the boys proceed well from there.  Aiman scored the 2nd goal and Amir conquer the 2 last goals...

MOTM is Amir , he took the instruction well and proceed accordingly which let him score 2 goals for comfortable win.

Thank you F17 for the wonderful game . 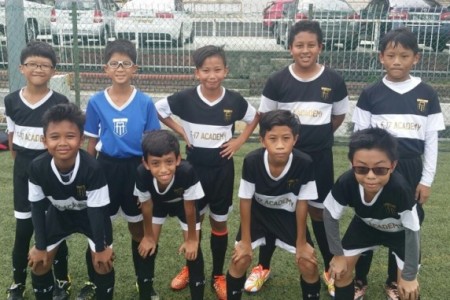