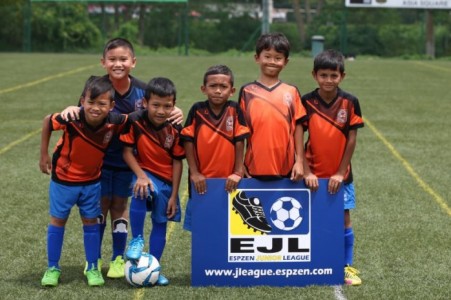 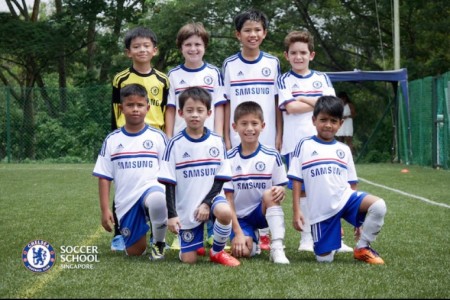 And so it came down to this. Beat White Sands and Chelsea Football Club Soccer School Singapore's Team Oscar will be champions of the Under-9 Premiership. The significance of this match was not lost on the players, and it showed on the pitch as Team Oscar started the match with a hint of nerves.

Facing an ever-improving White Sands side, Team Oscar found it tough to get going in the early stages, wasting a hatful of chances in front of goal. They were made to rue those misses when White Sands took a shock lead with a swift counter-attack.

It woke our player up from their slumber. Showing everyone what it takes to be champions, Team Oscar displayed commendable determination, belief and teamwork to tighten their game, coming back from a goal down and win 5-1.

When the final whistle blew, the celebrations began. The players dance a jig on the pitch as their parents sprayed bottles of bubbly around them. With a match to spare, CFCSS SG Team Oscar are the league champions.