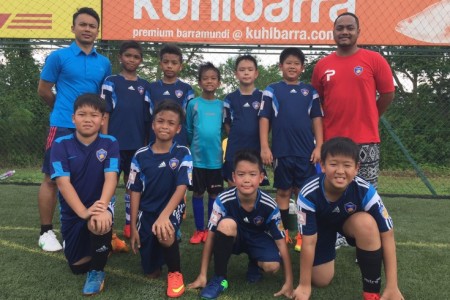 "After having beaten their matchday 2 opponents convincingly, In-Sports were keen to follow it up with another good performance when they took on F17 Gold. In-Sports lined up exactly as they did in the last game.
In the early goings, In-Sports put plenty of pressure on the F17's goal, forcing them to concede a few corners. Their early pressure paid off when Warren Yeoh took an intelligent corner to find an unmarked Thaddeus Neo, who smashed in a neat finish from outside the box to make it 1-0. F17 however, were not deterred by conceding the first goal as they took the upper hand in the first half. Their skillful and tricky attackers took advantage of a 3v1 situation and scored a good goal. In-Sports were given a reprieve from an F-17 domination by the half-time whistle.
If the honours were even in the first half, they well belonged to In-Sports in the second. After some words of encouragement from their coaches, the In-Sports players attacked relentlessly and with conviction. F-17 were completely overwhelmed and could not reproduce their first half performance, failing to trouble the In-Sports goalkeeper. In-Sports scored 3 well-crafted goals to secure a 4-1 victory for themselves." 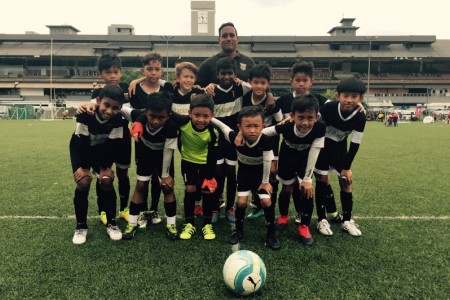 Interesting game, with both sides adapting different styles of play to produce some entertaining football. We conceded early on to a corner-kick set-piece, but fought our way back into the game, equalizing through Hermes off a swift counter-attack. Some lapses of concentration in the second half cost us dearly. But we will learn from this and work on improving our overall game. Good team spirit and effort again from the boys.


In-Sports 's Man of The Match