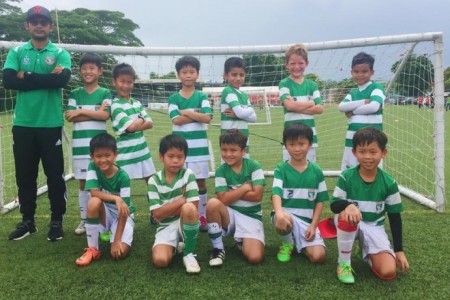 A tough weekend for the blue team who only had 6 players meaning no substitutes. Possession was the name of the game and the boys started well with Christiaan getting the opening goal early on in the game. The game was scrappy with neither team having clear cut opportunites and as the game wore on the blue team tired and SMSA to their credit took full advantage to equalise and finish with three goals.

The boys played their hearts out, the MOM went to Micah for putting his hand up to be in goals, great team play from Micah well done