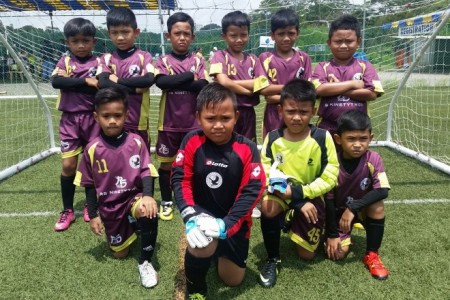 The second game of the day saw ESPZEN play against another new team to the J League, Boys United. The boys were determined to finish the day with a win in the sun! It didnt take long for ESPZEN to take the lead through some great build up play on 2 minutes. Nisanth a constant threat in the middle played the ball out wide to Roy who quickly returned it inside to Akito who calmly slotted the ball between the keepers legs to make it 1-0. For the next few minutes Iku, Nisanth and Akito were causing lots of problems but this didnt stop Boys United who the quality and resolve that they have and equalised on 7 mins with the left midfield player showcasing some brillaint ball control in the build up.

Boys United were now on top but Akito managed to squeeze another goal and make it 2 -1 before the goal of the game where Anees played a ball in behind the defence where Iku ran on to it, calmly rounded the keeper and made it 3 -1 to round off a great 2 games for the debutant. Alll the ESPZEN players came off very tired after 2 hard games where they were made to work hard and they fully deserved a victory in this game.

Arthur chose Iku as man of the match due to his positive attitude, dribbling and his goal, well done Iku