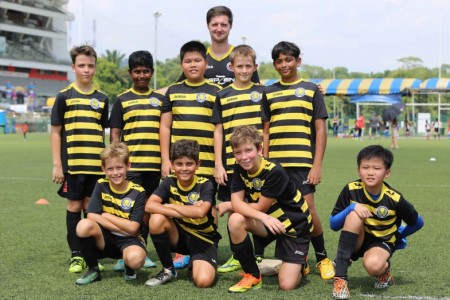 The first game of the season saw ESPZEN come up against J League newcomers AC Milan who lived up to their italian giants name. The first quarter of the game was fairly equal with both sides having chances with Zac Weaver causing mayhem in the AC Milan defense with his tricky dribbling and it was Zac who almost opened the scoring on 14 minutes with a dribble and shot. However it wasnt to be a good day for the blue team as AC Milan consistantly counter attacked and were clinical scoring a few goals in quick succession which knocked the confidence of ESPZEN.

Late into the second half ESPZEN got what they deserved and scored through Zac Weaver. Romain playing his first game for the blues played a great ball into Zacs path who showed incredible composure to pass the ball past the AC Milan goalkeeper.

Although a heavy defeat it was a great learning experience for the boys in terms of how we defend as a team to stop counter attacking goals. Greg chose Zac as man of the match, he was a constant threat and showed just how good a player he is. Well done Zac 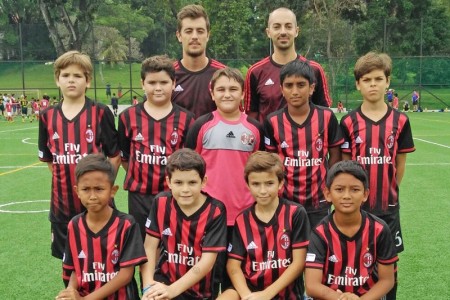 First match in the league for ou u12s. A good opportunity to show our skills and try some different positioning. We still have a lot of work to do at the training sessions for improve our passing and receiving skills.