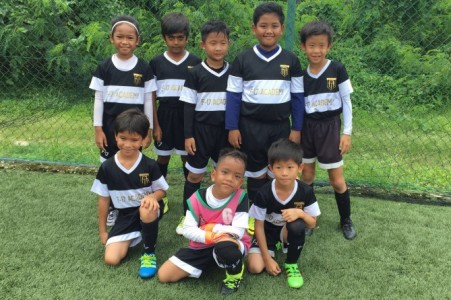 2nd time meeting Serangoon Cubs (SC) and they were well prepared this time! Lions attacked more but were unable to find the net and with SC gk in top form, Lions resorted to long range shooting. SC were determined to win this game and showed hunger. They were duly rewarded when their striker scored a beautiful goal from a distance. Lions had their fair share of chances too but missed opportunities. Extra players in attack did not change the game as SC were more determined to keep the score. Overall another good game and credit to SC for that. 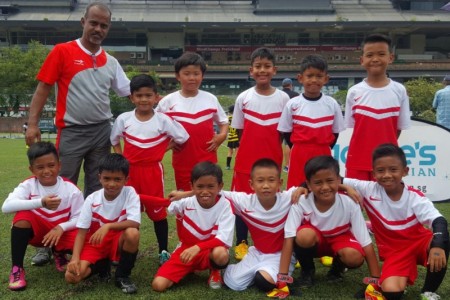 After a forgettable 2nd match of the day, the boys are deternine to make amends for the loss against Singa Juniors. After a spirited performance in the 1-1 draw in the first match, the boys is gunning for a win this time. We built up our defensive base with steady display by Naufal,aggrasive defending by Rizqi and hard tackling by Akilan and Zayan.

But not forgetting the GK for this game, Yuqi. Yuqi made timely interventions and quick decision-makings to close down space whenever our opponents managed to go pass our defensive wall.

With such defensive solidity, all the team need is just a single finish and Jeric duly delivered that with a sweet strike. Not just an upset win but also inflict a first loss for the opponent.

Credit to our opponent,F-17. They have been an attacking team who like to press opponents but still remain sporting with fair play. They will definately bounce back for their title decider matches on 20 Nov.