It is always a great game with YG2K who have some excellent talent with in their ranks and look to attack at all costs. This provided our team with a problem however Justin Fu the ESPZEN central defender started to work hard for the team and become dominant in the tackle. The ESPZEN team started to become alive with some clever passing from Nathan Mao and Yuki which lead to some fruitful attacks.

The YG2K team did not make things easy with a few tackles which rattled a few ESPZEN bones and showed some great moves to break away. The game started to become stretched and ESPZEN were the team who at the right stage of the game, found the passes into space to set up a friend who were in a better position, this was missing from the 1st & 2nd game and was refreshing to see the team work together.

The game came to a close and the ESPZEN team were happy to be on the right end of the score sheet, however the coach reminded the team, that today was below average and the team needs to focus on the mission which is to pass and move as a team.

Man of the match – Nathan Mao – For his clever passing and hard work for the team off the ball. 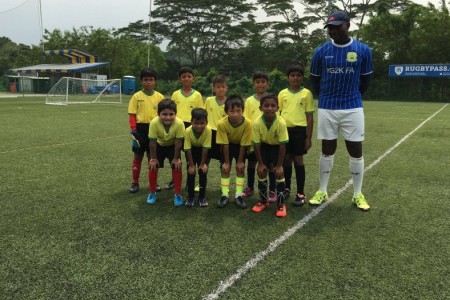