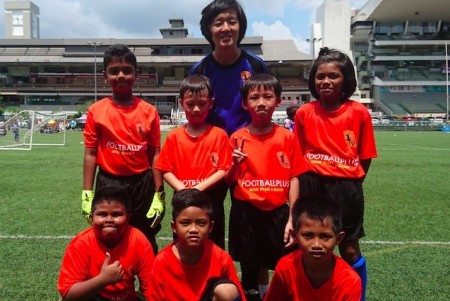 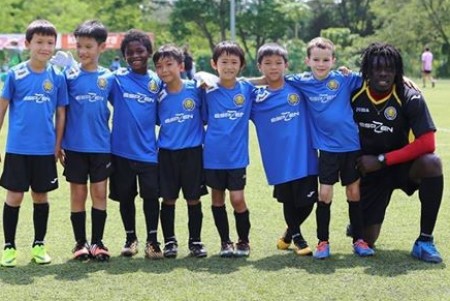 The new season kick-off with the U8 Yellow going against FootballPlus to start the season.

As it’s a 5aside game it gives the players room to show what they been training for and all the players are ready to go..

Rafael started in goal while Niels in defend Zavi and Sota left & right while Dominique up front. Ethan and Ng Rui Kang as sub..

Team objective was upon losing the ball aim to win it back within 7 seconds..

From the start the boys are all out and got the 1st goal by Dominique from a though pass from Zavi in just 31sec and the 2nd came in by Sota in the 1st min from a quick pass from Rafael to Sota for him to run down and put the ball in..FootballPlus trying to move the ball around but with the objective given the boy was all out and got the 3rd goal in 2min of the game by Dominique, ESPZEN Yellow started moving the ball around and with some fast break see Dominique added the 4th goal..

Changes was made to give the boys so rest as the day was hot for them,

FootballPlus scored 2 goals in 13min and 15min of the game but from there the boys pick up again and Dominique added 3 more to his name before Rafael added 2 more in to make it 9-2 to end up the game..

Zavi captain of the day and pick is MOM Dominique for a good run and scoring 6 goals..