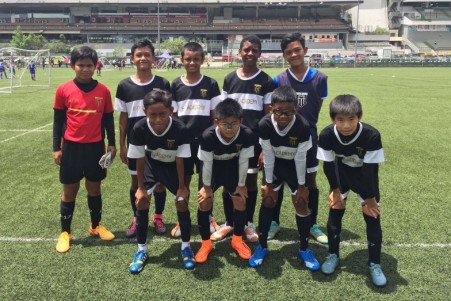 Down to the wire,a win was what we needed to lift the trophy.

We got off to a slow start with ESPZEN playing good football in our half till the 10th minute when League Top Scorer Izwan decided to take things into his own hands by dribbling past a couple of players and slamming the ball into the net from a distance.The team was upbeat after the goal and we began attacking and played well resulting to the second goal by Haziq.

ESPZEN got one goal back but with sturdy defending and the clock ticking down,the referee's whistle at the end was music to our ears.

Our boys were in celeberatory mode after the game and on behalf of F-17,thank you to everyone for your support! 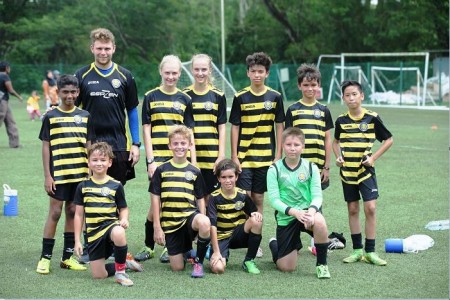 Last 2 games of the season and we have worked hard so didnt want to dissapoint with a poor performance, we set out our normal shape and played with conviction seeing most of the ball through out the match. the 3 in midfield played well keeping the ball and not forcing it. MOTM goes to oliver who played an attacking role and created good chances for us