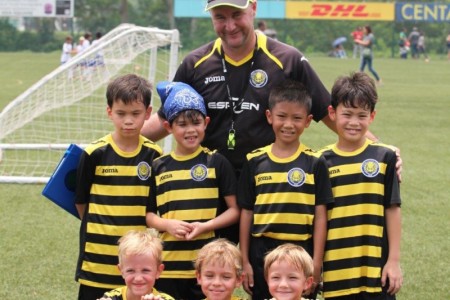 After a great first game the boys were eager to get off to a good start in their second match. It was a hot day and with no subs you could see there was a lot of tired player on the pitch. They conceded two early goals, meaning it would take a lot for them to get back into the game. They showed great heart and spirit, to get back to 2-2, with good team player resulting in a well-orchestrated goals. Towards the end of the game, the effect of the weather and only having 7 players got to be too much, conceding a third goal. The boys gave it their and all with a few minutes to go John got a break and one on one with the keeper, finished the ball to make it 3-3, an all-round great game. The MOM going to Jack, for playing simple football and for not giving till the end. 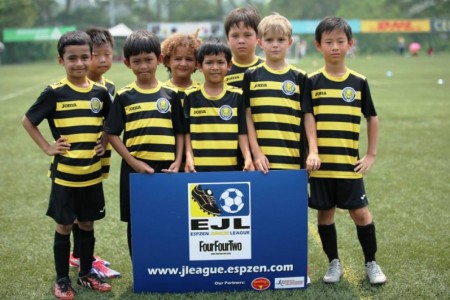 What a game to watch this one was, our friends ESPZEN yellow were the opposition and we wanted to provide a good performance. The blue team saw most of the ball and worked had once we had it, Julius scored 2 quick fire goals to take it to 2-0 a great start! We kept attackin but good defending stopped us from scoring more. This was made 2-2 but not much time left quickly after we scored giving us the lead 3-2 with 5 minutes left. Yellow pushed for a equaliser and got one within the last 2 minutes. unlucky not to get the win but both teams showed good passages of play and clinical infront of goal. MOTM goes to Austin who was solid in defence and passed the ball well