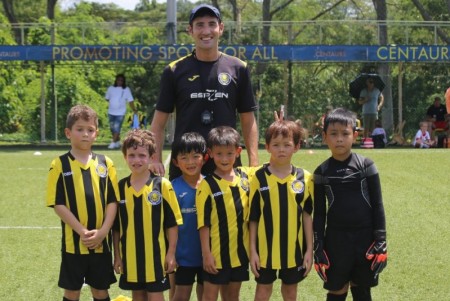 A fantastic result for the ESPZEN Blue team! The boys are really starting to gel as a team and their game understanding is improving. Despite a shaky start to the game and almost going a goal down - if not for a few good saves from Arthur in goal - the boys came storming out of the traps.

Lyon in particular was fantastic up front and opened the scoring after a good assist by Paul. Lyon doubled his tally 5 minutes later with a good indivdual goal to make it 2-0.

Bukit Batok never stopped trying and to their credit scored two quick goals to make the game level. The game could have gone either way but on this occassion it went the way of ESPZEN after Lionel who had been brilliant all game latched on to a loose ball to get the winner. A great step in the right direction for the team.