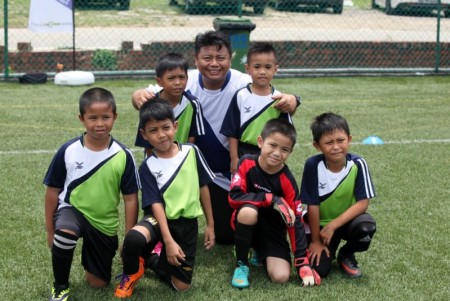 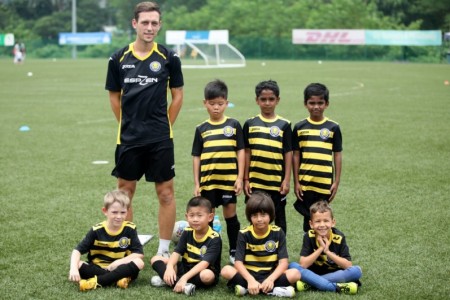 This fixutre promised to be an even contest and for those who watched the match, there was a feeling that both teams were fairly evenly matched. With two very last minute pull outs from the squad, and with Adam away, our numbers were cut down to four for this match. Strikas graciously agreed to play 4v4 and with that the match began at a high tempo, both teams moving the ball quickly, taking it from end to end.

All four ESPZEN players took turns in goal, and all four performed excellently. Blocking many shots, distributing out wide from goal kicks, and keeping Strikas at bay initially. Outfield, ESPZEN moved that ball like we have been discussing before each match this season and the improvements are really beginning to show. Excellent control, awareness of team mates, passing accuracy, close dribbling technique, these were all on show throughout by Captain Konrad, Afeef, Jan Tze and KJ. What was more impressive was the work rate each player showed. For 35 minutes they did not stop running and did not give in, even as Strikas got into their stride and began to take their chances.

While Strikas took their chances very well, for all our great play, ESPZEN were not able to convert the 10-12 chances created in those 35 minutes. This was either down to missing the target or due to some excellent goalkeeping and defending from Strikas. One frustrating part of the match should not diminish the hard work, technical improvement and tactical astuteness shown by the ESPZEN boys. A gradual progression of individual and team improvement from Match Day 1 to Match Day 6 should mean each and every player is proud of their performance. The next target for ESPZEN Blue players is to continue learning from their mistakes, to embrace their successes, and take the next step to make it more difficult for opponents to gain possession during Season 2...which begins in January.

MOM chosen by Captain Konrad was Afeef for his goalkeeping, passing accuracy and creating plenty of chances to score. Well done all four boys though, and thank you to Strikas for a great match!