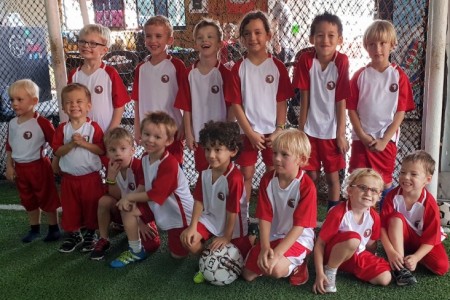 Great first game of the Season with lots of goals and action. The whole team played a great game and fought hard all over and especially Noah showed that he had not been sitting infront of an iPad all summer, but has kept up his practice, with amazing 7 goals by him alone. it was great to see the team back together with 3 new additions to the team, who all played a great game and while firsttimer Olivia also Mads on to the goal scorer list. 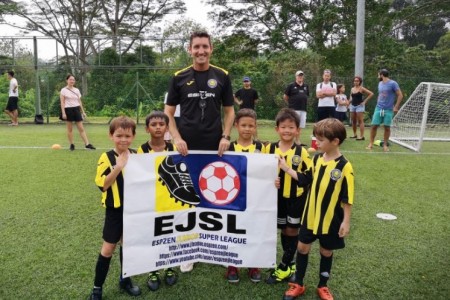 A thrilling game and a much improved performance from the first game for the U8 white team. After struggling to create chances and score goals in the first game, this was vastly better. Scoring six goals in any game would usually be enough, but a few lapses in concetration let the Vikings add to their tally and meant as a team we conceeded more goals than we should have.

There were big positves to take out of this game. Umair Ahmed continuing his form from the first game with a brilliant hattrick and impressive debut performances from Maxime and Elie, meant the goals kept on coming. There is a lot of work to do in defence, especially positioning of players from goal kicks and players getting used to showing attacking players away from the goal, but this was a good response and a big improvement from the opening day game. Congratulations to the Vikings who played some good football and made it an exciting contest.