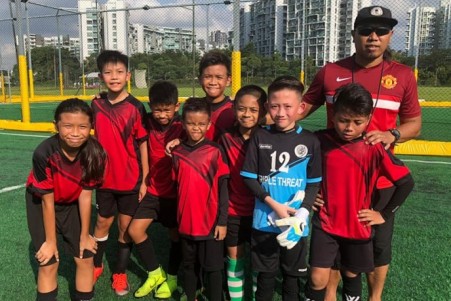 We’ve ever lost in last match with Grophones II.
At 3, 6min. Lost  from mis-kick from GK. Griphones might not have stronger physical that F17, but more speedy movement has passwork. They placed all DF and MF players more widely and attacked from various angle. At 9, 11, 18, 23, 25, both left and right MF made best centering and center player just adjusted. Though given PK to Griphones II and lost point at 35min, Eita has saved a lot as GK in today’s two matches.
This Griphones II may becomes our ideal soccer which we intend to aim at. All players desired more goal to the end of match to try to reach to much further higher level. To be able to compete with them, all players need to change their mindset.
MINNA GANBATTENE!!!