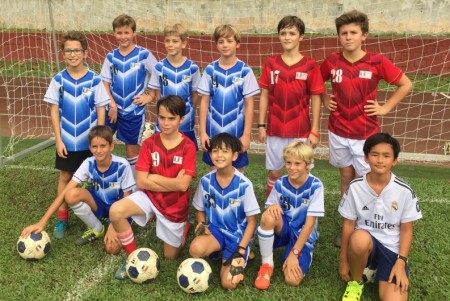 This being the LFS Blanc’s 3rd match in this division it is evident after Ilios’s display that they are not in the right division. They should at least be in one division up.

Also, none of the Ilios’ players had the compulsory stamp on their hand which I mentioned to the referee and officials. Not that it would have changed the score but rules should be the same for all. Also, one could wonder if we played against the right team as they were much taller overall (which is possible but the stamp issue is casting a shadow on this).

I am proud of my players though for still giving it all up until the end. Way to go!