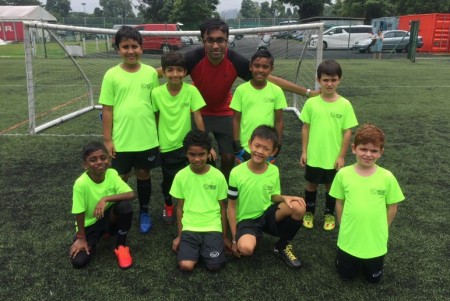 The first game of today is the same team which played the match previous week. The oppnent No 7 player had quite good driblle skills and quick pass to the team members so Jepun kids needed to keep the desfense line tightly. The 10 minutes after kick-off, it was even fight (1-1) and gradually the opponent attacks broke the our defense line and Jepun allowed the more goals. Ryu got the first goal with excelent long shoot and also kept the defense line like iron wall. Well done!