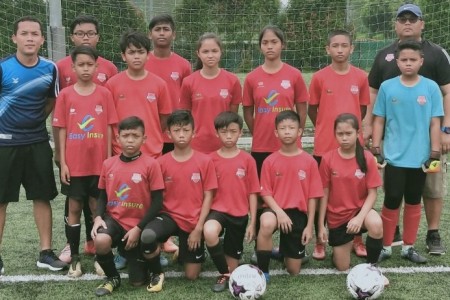 Competitive match with lot of key player not around today . We had the chance when ESA are one man down  but ESA played superbly passing game which left us with 2-3

B13 played against Euro Juniors in the ESPZEN league. We tended to dominate the game, even after being down one player.  We would score but they would tie it up. A last minute goal by Joshua brought us to a win of 3-2. Other goals were scored by Ben and Lewis. Well played boys!

ESA 's Man of The Match