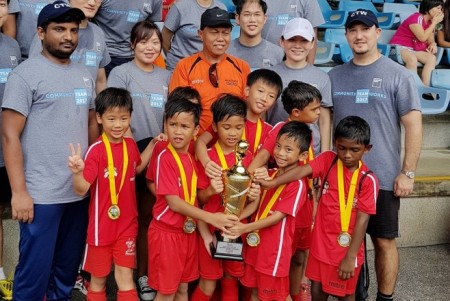 The opposition coach was very involved. Too involved at most of the times. He went into the pitch to coach and I felt that this was inappropriate. The players got confused with his tactics and it got the better of them. It was obvious that some of the players became agitated as they were confused and started playing aggresive with our boys. Instead of getting the ball, they pulled and brought down a couple of players. Should allow the kids play and explore more than coaching during matches