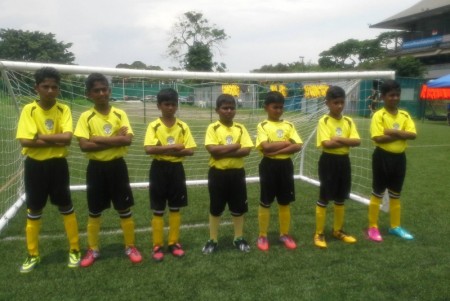 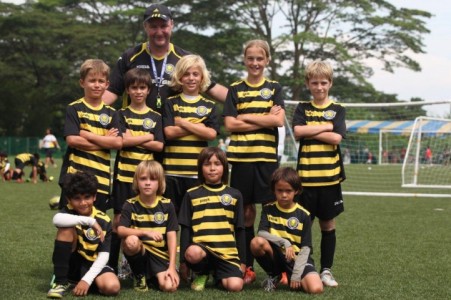 Another enjoyable game against the Dreamstars. we started the game with energy and managed to score 9 goals in the first 9 minutes... leaving Dreamstars are little shell shocked.... however our upmost respect to Dreamstars who after 9 minutes began to hold their own, started winning many of the 2nd balls, were closing our players down and forcing us to make mistakes which then lead to a number of opportunities for dreamstars to score.

Our goalkeeper Monty made at least 4 or 5 great saves from Dreamstar' strikers, and it was a great game to watch as both teams were working hard to win possession.

The final goal came after 23 minutes, as Alex rounded the keeper to score a memorable goal.

The score line flattered ESPZEN, and the game was much closer than that.

After the match Captain Makoh awarded (after a long drum roll) the man of the match to Callum for some neat finishing (passing the ball into the net through a crowded box on one occassion, was truly class) and suprisingly  a couple of good saves when playing Goal Keeper... !! Well done Callum....

On reflection we secured 7 points out of 9, special thanks to the 3 players Shang, Mirza and Yui who helped the team out today, all of whom was a valuable member of the team and helped the team achieve the good results.