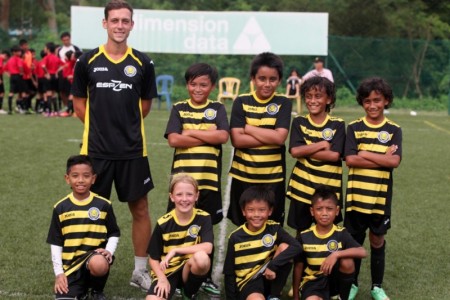 Experience told ESPZEN that Football Plus' position in the league table was not accurate. They are a very hard working team who play good football and restrict opponents chances on goal. This match was no different for ESPZEN despite that break beforehand.

The players were reminded of the objectives they set before matches began this weekend:

With objectives 1) and 3) achieved in the first match, the focus was on 2) while maintaining their performance. The passing was there in patches, but too many long passes and dribbling into opponents resulted in the possession changing hands too often between the teams. Another end to end match should demonstrate the relentless attacking mindset of ESPZEN but this inevitably opens up space at the back. With Irfan opting to go in goal, the back two were tasked with remaining organised and not diving into tackles. The playermakers were asked to play the ball quickly, using two touches in order to do this. At the front, the striker was to make themselves available at all times as a target for the playmakers to work with.

After taking the lead through a looping Dhamiri shot, ESPZEN's foot was taken off the gas and Football Plus were given the opportunity to get back into the match with a well worked goal. This was followed up with Toby's first goal for ESPZEN which was taken after the ball had been played through the thirds and into the box. Football Plus took their second goal with a very good near post header. ESPZEN continued to press and tried to get that third goal but couldn't find a way through the resilient Football Plus defence.

MOM given by Captain Dhamiri went to Toby for his hard work and well taken goal. 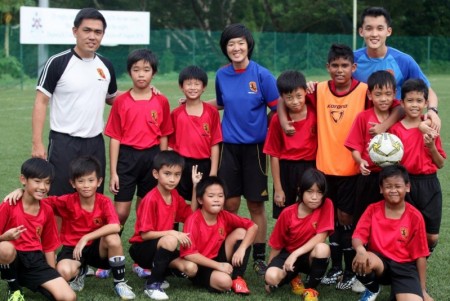