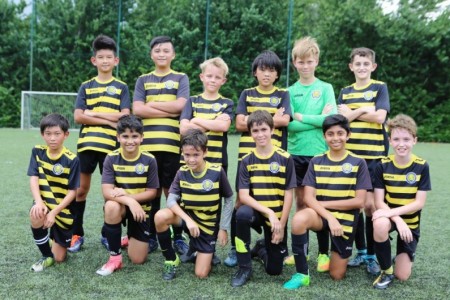 However as the game developed, ESPZEN began to take a stranglehold on the match, and jonan scored another thunderbolt.

A lapse of concentration and giving up possession too easily saw GFA equalise shortly after and 1-1 it finished at the break.

ESPZEN created plenty of chances to kill the game in the 2nd half however we were unable to find the back of the net.

Great way to end the season and just 2 points behind the champions.

kayden awarded Motm to Jonan today for his work rate in the centre of the pitch,