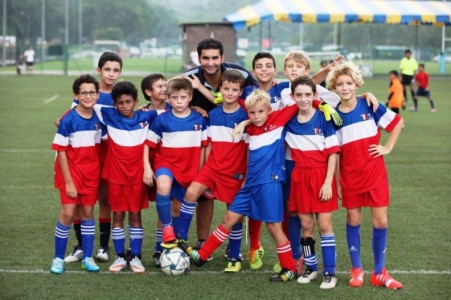 Sparring against us for the second game in a row, our opponents seemed to have increased their level of play and improved as compared to the first game. They gave our boys a hard time, making sure our attackers did not get the space and service that they need to score a goal and even managing to breach our defence once. However, despite facing an improved opponent and conceding a goal, the boys did not let their heads down and continued to play hard, keeping the team shape while continuing to probe the opposing defence for any possible opening. Our efforts were soon rewarded with a Christian goal, and from that on all the way till the end, the 2 teams were evenly matched and the game ended with a 1-1 draw that gave both sides a well deserved point each.