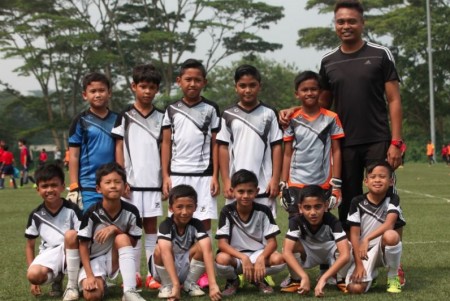 In the opening minutes, ESA started brightly and contested well for every 50-50 ball and 1v1's. White Sands players managed to keep our composure but were still unable to get the combinations to get forward, so instead had to play the ball back many times to reset the play. For a while, it looked to be a close contest with the ESA players matching up to White Sands but the tide started to turn when White Sands realised that we had to make it a 2v1 for every situation.

Joaquin got into his stride and started creating chance after chance. His ability to open up the pitch is really starting to show and eventually, with a few passes and a drop of the shoulder, Joaquin opened the scoring.
ESA still tried their best to make a comeback and made a few forays into the White Sands' half of the pitch. One such ESA attack ended with the White Sands players squeezing in and making a quick transition from defence to attack with a beautiful 15 metre through pass from Haziq which Fareeq chased down and finished cooly while shrugging off the defender on his shoulder.

Daniel and Sam continued their good showing as a defensive pair and barely gave the ESA forwards any room to maneuver. Ryu bossed things in midfield and never gave an inch. Unfortunately, one perfectly-made block by Ryu was inexplicably judged to have been a foul. It was a clear mistake by the referee who gave a freekick to ESA and from that freekick, they got a goal and ruined our chance of getting consecutive clean sheets.

By then, the contest was already over but our players were simply enraged by the decision and that fired them up to get more goals. Yazid ended the game with an emphatic curler from the left which smacked the inside of the far post and into the net. 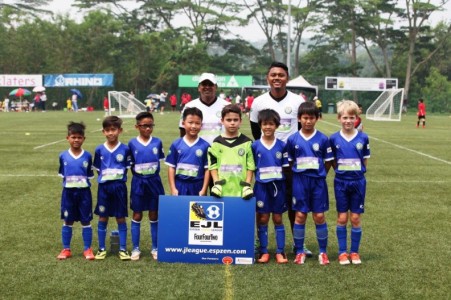