The Opponent Team Was Great To Play With , They Were Very Sporting During The Game And A Quite Tough Opponent For Us Too . But Overall They Are A Great Team . 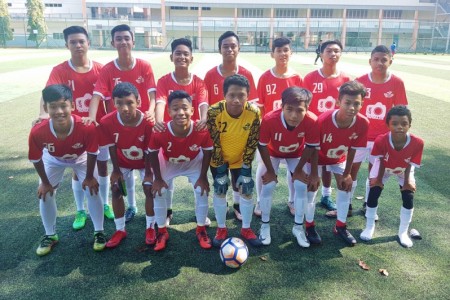 Delighted with the attitude shown by the boys, coming back twice to draw the game at 2-2. A positive result against Alpha Warriors who really look dangerous with their through passes.
Also satisfying to see our new players adapting themselves into the team even though it was obvious they need a few more games to gel firmly with the others. However, with the team overall performance, I'm sure Eagle United with positive attitude, will strive harder and move forward in the league.

MOTM: Fong's well taken goals are some of the highlights of the match, whereby both teams had the opportunities to be the winner. His superb freekick, followed by a wonderful volley, justified the characters that he possessed, hardworking and running speed that can outrun the opponents. The team needs him to generate these kind of movements that would helps to  tear apart the opponents backline and creates goal opportunities. Great effort Fong!!