The boys played GFA for the second and final time in the League and 2nd place was up for grabs. We started the day a point behind them with a game in hand. The boys managed to keep their nerves and started well and got a deserved lead 3 minutes in with Felix driving forward and placing the ball in the bottom corner. The boys then continued creating chances after chances but were just too wasteful in front of goal. GFA managed to get into the game and on 22 mins got a deserved equalizer. The boys started feeling nerves at half time and the weather didn't help and the second half was an uphill task for us. GFA used this to their advantage and were 3-1 up 5 minutes into the second half. From then on we couldn't catch hold of them and even though Felix drove forward again and crossed for Ryan who finished extremely well, it was no more than what the boys deserved but alas it wasn't meant to be and GFA ran out winners. Great effort by the boys from both sides and extrememly entertaining match for a scorching hot Sunday! 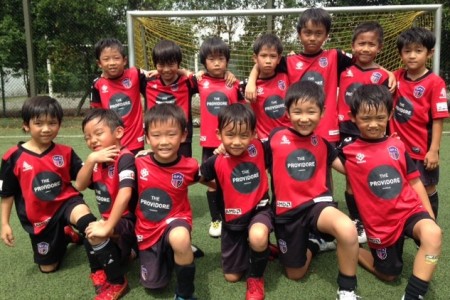