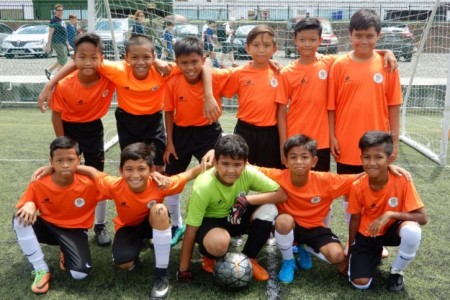 After expending a lot of energy in a very tough first game, and then an unexpectedly long break in which focus was slightly, the U12 yellow lost 2-0 to Singa Juniors. Singa took an early lead and ESPZEN struggled to get into the game, with Zac adn Anees providing some break away chances but not too many. After the second goal was scored, the game was stopped for lightning. Due to the long delay the game was unfortunately abandoned and  the result stood. Captain Charlie McGee selected Oscar Lovic as man of the match, as he made several outstanding saves throughout the game.