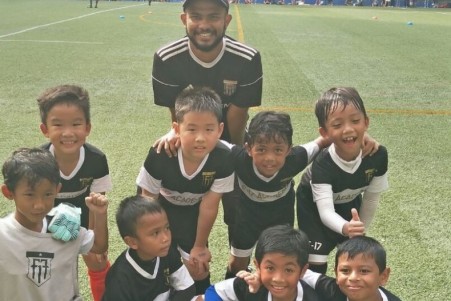 The boys started quite slow for this match. Where we saw F17 Gold really played well. They defended well at the back and also attempt few good chances of scoring opportunity. Jun Yan started as the goalkeeper for this match where his steady hands will sure put too use against the F17 Gold boys.

Rohan was the striker for this match and though his missed couple of good chances in front of goal, he kept on trying and trying. He eventually got his goal. Afeeq started as his usual defending position. But was then change to a wing back. And he sure has an element of surprise. A few good skills and trick down the wing almost earn him an assist.

It's really great to see this boys played so  well together. How they grow and understand the game better. From teamates to good friends on/off the pitch. They've come a long way and no matter what the standing or result shows,they have literally nothing to prove cause they are already a winner. Well done everyone!