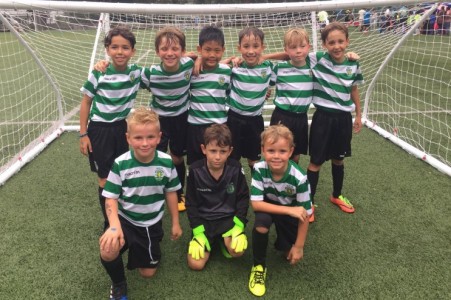 Going into the last game of the season all was to play for, with many different ways in which the league could be win, all ESPZEN knew was that they had to win both games to be champions. We were playing against a very good Sporting team who had beaten us before and have some really good players.

It proved tough game as Sporting took the lead with a good goal. But ESPZEN showed great character and fought back to take the lead through Cayden, Harry and eventually Paul to give the boys some breathing space. Sporting scored again to make it a tense final few minutes but the boys managed to hold on to get the first win they needed.