This game is a bitter pill to swallow. We took the lead before our opponents scored 3 goals in the space of 4 minutes. The boys tried hard to get a goal back in the second half. When they did, our opponents added in another goal in the closing minute of the game. Our boys are keen to bounce back and put on a good performance in the next match. Fair play to our opponents for showing great spirit and fairness in the game. 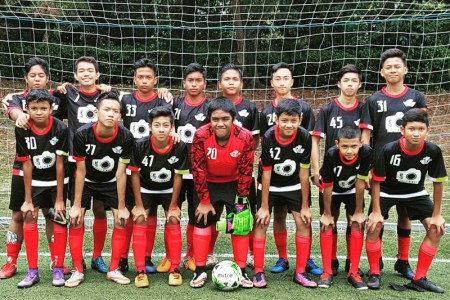 A tough opponent against F17 who are yet to lose a game and the current leader of the league, may have been a daunting task for Eagle United to overcome amid playing the 2nd game on a hot Sunday afternoon. However, boost by their confidence after what they have accomplished in the earlier game, albeit a loosing one, the boys somehow were able to convince themselves that something good will emerge from this game if they really played their hearts out. The outcome was overwhelming as the boys managed to produce a very commanding show and came out top to win the game 4-2. It was a satisfying result with 3 goals scored within a space of four minutes after trailing a goal down. A great comeback and hope the boys will provide the same intensity going into the last 2 games of the season.

MOTM : Hakim's equalising goal in the game opens up the momentum for Eagle United to score consecutively to end the 1st half 3-1. After a tactical switch from the backline to midfield, Hakim performed amicably well with good touches and fine movement. He really redeemed himself after missing out the 1st game and was convincing in that role. All ends well with him and hope he'll performed just as good as this in the next game.