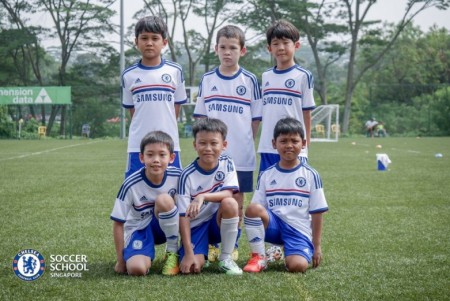 Team Cuadrado came out firing from all over the pitch for the second game . From the first whistle they went forward showing good attacking moves and great team play. They played to instructions , showed great team spirit and hardwork. Well done boys!!! The Blue team came up against one of the strongest team in the division so it was going to be a big challenge, the score doesnt reflect how they played. The blue team like always give 100% effort and try to play the right way as they are a development side patience is a big thing we look for.

The team still created chances in and around the oppositions box but good defending from Chelsea stopped us, it was a good test for the blue team but there the type of games that challenge you as a player. MOTM goes to Marcelo who covered a lot of ground putting pressure on the Chelsea players and when getting close enough making good challenges to win the ball back.

The blue team keep showing progression in every game which is good to see. Good luck in the next game boys.