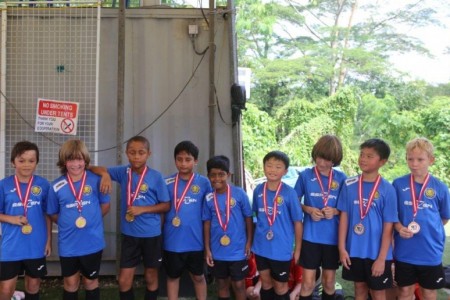 Second game of the season, a long break in between the first and second game gave the team the opportunity to have a good team talk and regroup themselves to prepare for the second game against admiralty Primary. A good start of the match at the 1st minute when Thomas delivered the ball to frank who score the first goal of the season for the team. The team kept possession of the ball. Playing the passing game, creating chances out of it. The second goal was an own goal by the opponent giving us a bigger margin. At the 30th minute, thomas delivered a corner towards skye in the middle, who then put the ball in the net. Last minute of the game before the final whistle, Thomas again deliver a split pass through the middle for albert, the captain,who scored the last goal of the game.

Captain of the day, Albert, gave the Man of the maatch to thomas. Who displayed a solid performance. Job well done team , & good job Thomas ! 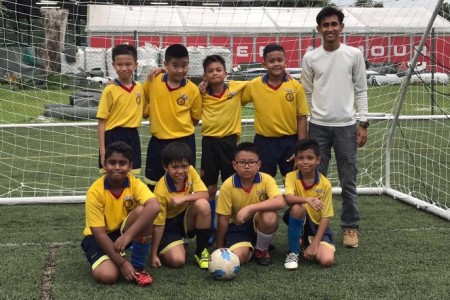