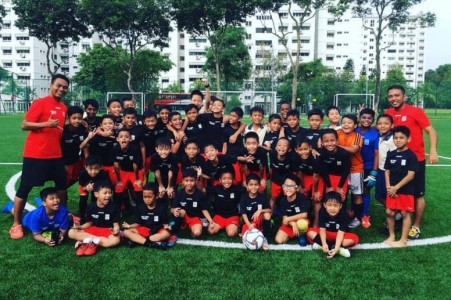 An exciting match between two very enthusiastic teams. White Sands pulled away in the early part of the game to lead 2-0 but Milan pulled a goal back to make it 2-1. Elfan then went on to restore the 2-goal lead but again, Milan cut the deficit. A late flurry of attacks on White Sands' goal was thwarted time and again by the backline players, Darius, Hamzah and Rusyaidi. Eventually, time ran out and White Sands managed to hold on to a win.