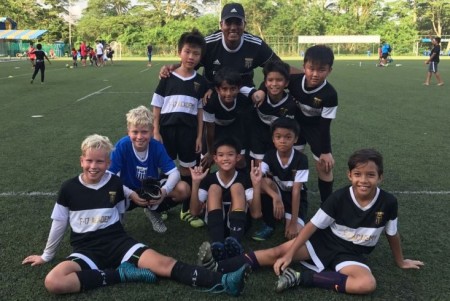 We had a rather nervous start against DVJ, failing to clear our lines and gifting or opponents an early goal. But the boys pulled themselves together and started playing some good football thereafter. The team started stringing passes together and supported one another well, creating some good chances of our own. Unfortunately, a defensive mix-up led to DVJ doubling their lead before the halfway mark. Still undeterred, the boys played themselves back into the game with some neat passing and movement, only to be pegged back yet again through s lapse in concentration at the back. 3 goals down and all was lost, it would seem... But not to these guys. The final 10 minutes were a wonderful display of attacking football where the boys really took the game to DVJ. Kushaan combined smartly with Mark to reduce the deficit and the team responded with a big push in the closing minutes. DVJ held their ground and saw it the match, though and it finished 3-1 in their favour. Good game of football, congratulations to DVJ for the win. 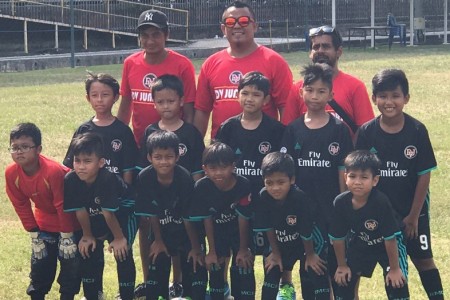 Cool weather today for DVJ U10 matches. Topsy tervy results but nevertheless we are proud of you guys.Keep learning and progress and we will see the results.