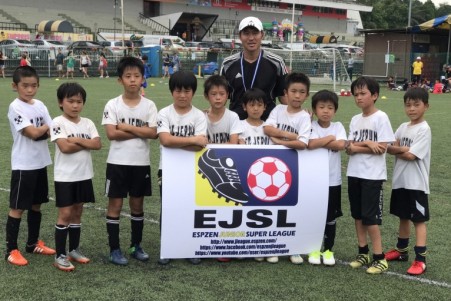 We had concentrated to play at begining time. Yu dodged the defence with nice dribble and get first goal. He was improved the dribble skils this few months. But they was broken the concentration by degrees because of tiredness. 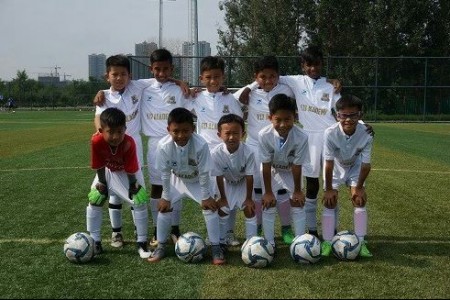 We certainly made things difficult for ourselves by conceding the opener to a determined FC Jepun side within 30 seconds of the start. In essence, we started this game one goal down. Sky reminded the boys to stick with the plan and focus on playing our football just before we restarted against our resolute, well-marshalled opponents in search of an equaliser.

It was to prove a daunting task, as FC Jepun dug deep to preserve their lead. Also, their ‘keeper was playing a blinder in goal, effectively spurring his mates on as time slowly trickled past. You could tell that it would take something extraordinary to change the outcome of this game.

Barely 3 minutes from time, Max leapt for a high ball on halfway to glance a header down to David who swept past his man before racing to the box and placing a quite sublime finish past the ‘keeper off the far post…to set-up a frenetic grandstand finish.

Raoul timed a challenge on the right wing to perfection; winning possession to feed Thaqif, who had peeled off his marker onto the right. With seconds left on the clock, Thaqif latched on to the pass before smashing the ball home to complete the comeback.

Always feels good to finish strong, but this had been a stern test of character. FC Jepun are a fantastic bunch who wear their hearts on their sleeves and play the game at full tilt. Respect!