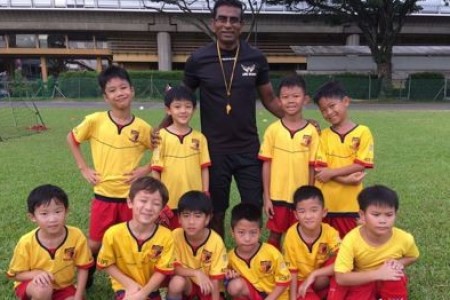 It was a good game and both set of players played well.

ACEs 2nd game for the day and it was good to play against local kids who respect their opponents.

Well done Barker Boys for the game and good values shown on the field.

Good game ACEs and as usual you kiddos upheld the academy's 1st and most important value which is WINNING ISN'T EVERYTHING.