It was the first game of the season, players coming together for the first time. First goal was scored by Paul after a wonderful pass from Yun sen down the line and paul finished it at the right spot.  Paul score another goal assist by David. The shot was deflected and went to the bottom corner of the net. And Lastly, a goal scored by Yun Sen who have been trying the back of net since the kick off whitsle. Yun Sen found the net aftet a good split pass from ethan from the flank.

Overall performance of the team is beyond expectation. It was a game filled with plenty of good opportunity. A variations of passes was used to penetrate the defense line. 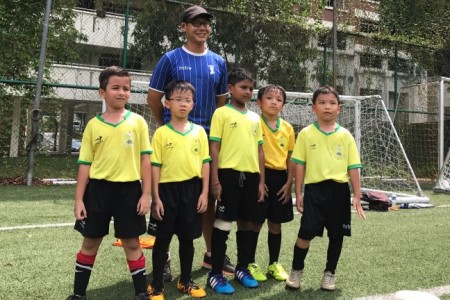